Warning on littering and barbecues in Sandwell parks 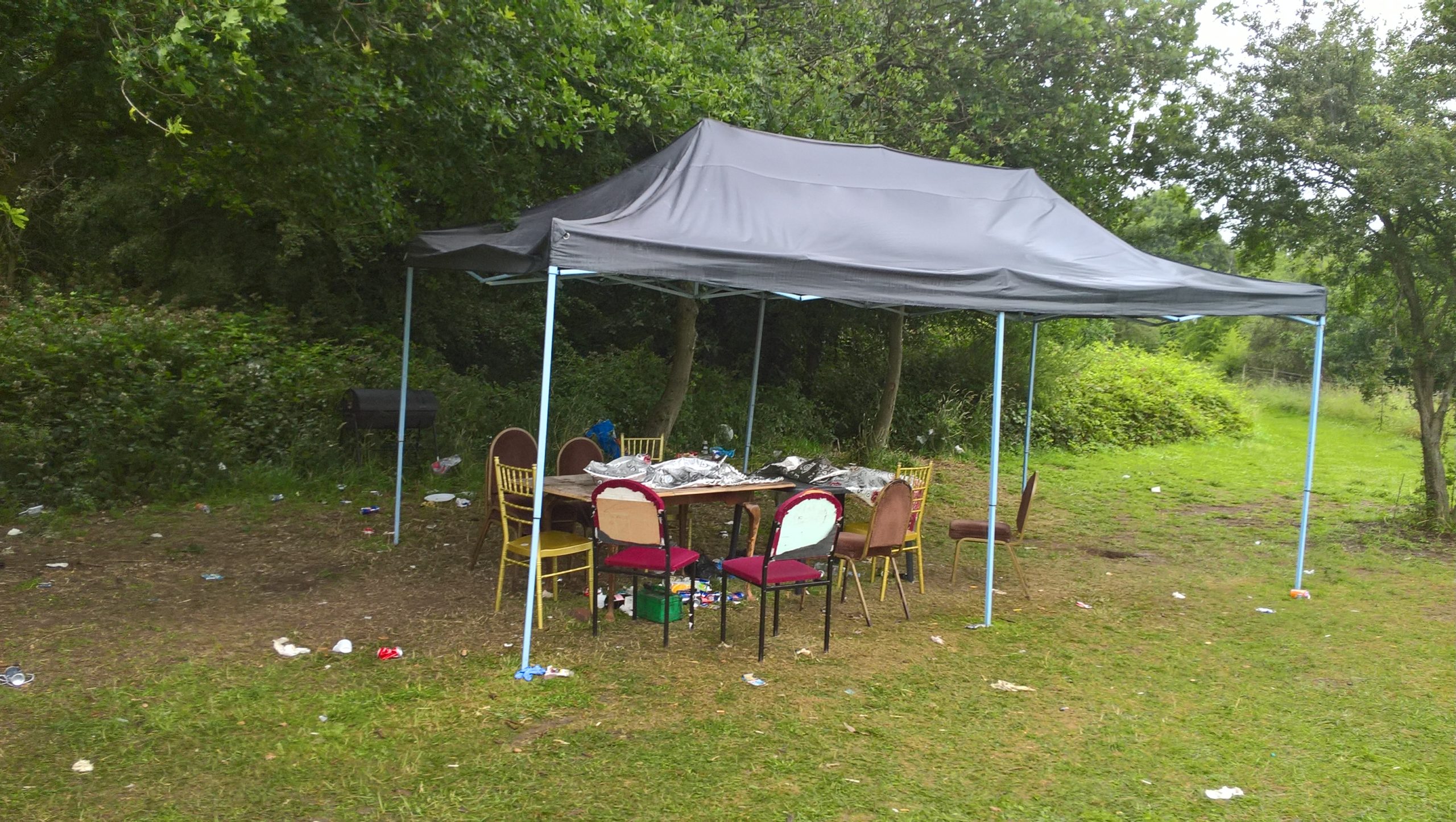 Visitors are being urged not to congregate in large groups, light barbecues or leave behind rubbish.

It follows the council releasing a photo (attached) of the aftermath of a huge party that shocked staff at Sandwell Valley Country Park.

Staff doing an evening patrol at Swan Pool in the country park in West Bromwich came across a gazebo, tables, chairs, bottles, a petrol can, barbecue and rubbish – all left behind for them to clear up.

Workers spent considerable time tidying up the area and disposing of the rubbish.

Deputy Leader of Sandwell Council Councillor Maria Crompton said people needed not only to respect Sandwell’s parks but to also avoid gathering in large groups to limit the spread of Covid-19.

“I just cannot understand why people would do this,” she said. “To go to the trouble of taking furniture to the park and setting it up under a gazebo – then to leave it behind along with all of their rubbish for staff to clean up – it’s beyond belief.

“It must have been really important to this group of people to go to the trouble of taking all of this to the pool and setting it up.

“They obviously chose a place that they thought was a great place for a party – and then they left their rubbish behind, showing no respect for this beautiful location and ruining it for other visitors.”

She warned that anyone caught littering in parks or using a barbecue faced being fined.

She added: “Our rangers and other staff who look after the Valley should be spending their time improving our parks and helping wildlife to thrive, not cleaning up people’s rubbish.

“We’re getting tough on this behaviour and environmental protection officers will be issuing fines to anyone caught littering or using barbecues in our parks.

“Leaving behind rubbish and lighting barbecues not only impacts on wildlife, it also creates unnecessary work for our staff.

“Barbecues are absolutely not allowed in our parks or green spaces – if you want one, use one in your own garden. And if the bins are full take your rubbish home, don’t leave it behind.

“The abuse of our parks and green spaces is not acceptable and it has to stop.”