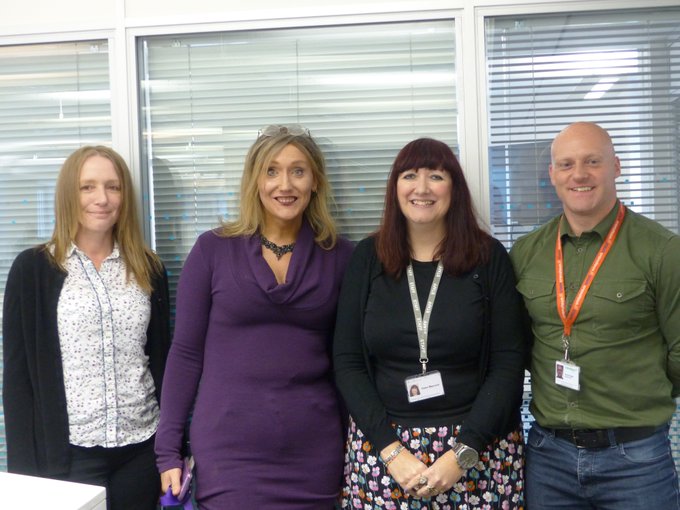 A scheme helping dependent drinkers in Sandwell while easing the pressure on emergency services has been nominated for another top national award.

The Blue Light Project works with drinkers who have struggled to engage with alcohol dependence treatment and instead can place a demand on emergency NHS services or the police.

The project – which has saved the emergency services around £150,000 – has been nominated for The Guardian Public Health & Wellbeing Award 2019.

Blue Light is aimed at working with the most difficult to reach drinkers, getting them support and reducing the number of alcohol-related emergency calls or A&E visits.

Councillor Farut Shaeen, Sandwell Council’s cabinet member for living healthy lives, said: “We’re really proud of the Blue Light Project and this latest recognition is a tribute to the hard work of everyone involved. We’re committed to this project and investing more into it to keep up this important work.”

Lisa McNally, Sandwell’s director of public health, said: “This project has a positive impact on people as well as resources. It depends on partner organisations working together to offer a wraparound service.

“We found that these drinkers came into contact with plenty of services – but each service was just responding in isolation. What this new way of working does is literally surround the individual with support, helping resolve a variety of issues that are contributing to their drinking.”

The Blue Light Project has already been nominated for a Royal Society of Public Health Award, with the winners to be announced on 17 October.

The project is led by the council’s public health team and the substance misuse service provider Cranstoun. They work with housing and social work teams, alongside the NHS, police, probation, GPs, ambulance and other services, to offer those with complex alcohol problems support.

More than 200 staff across these organisations, including the council, are also trained in how to identify someone who would benefit from the project – which was also shortlisted in this year’s MJ Awards.

To begin with, more than 30 drinkers engaged with the project. Based on just nine individuals who were responsible for costs to the public purse of £244,000 in the 12 months prior to Blue Light, by the end of 12 months that had been reduced to below £93,000.

The success led to the continuation of the Blue Light project with funding provided by the public health team. Around 50 individuals are being helped each year.