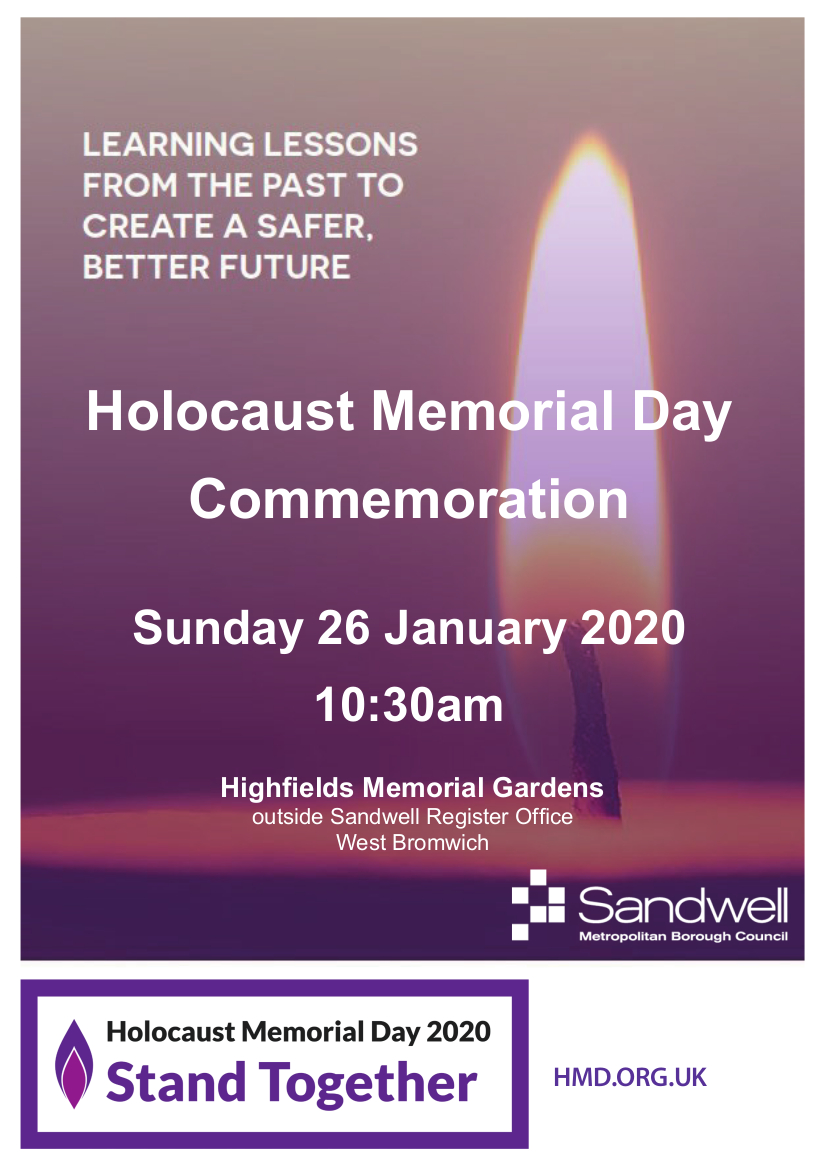 The Mayor of Sandwell will talk about her Polish grandfather who was murdered at Auschwitz at a special Holocaust memorial event in West Bromwich.

The event at Highfields Memorial Gardens, off High Street, on Sunday 26 January will remember the millions of victims of genocide.

The main speaker at the event will be the Mayor of Sandwell, Councillor Dr Ann Jaron.

Councillor Jaron’s Polish grandfather, Professor Marian Gieszczykiewicz, was sent to the Auschwitz concentration camp and extermination centre as a political prisoner in 1942.

Councillor Jaron said Marian, a 53-year-old married father of two, was murdered while on his way to an interrogation hearing at Auschwitz when he was shot by a Nazi officer.

A professor of bacteriology and dean of the medical school at Jagiellonian University in Krakow, Marian had been arrested earlier in the war for activities including running an underground university and providing medical services in the Krakow ghetto.

He was moved to Auschwitz in summer 1942 and died on 31 July 1942, just days after sending his wife a final letter urging her to sell some of his clothes.

“It is very important for us to remember the horrific atrocities of the Holocaust and ensure such terrible tragedies are not a part of our future.

“Everyone is invited to join this special memorial event to remember the many millions of victims of genocide the world has sadly seen over the years.

“We will also think of all the people who live with the terrible memories of what happened to their families.”

The theme for Holocaust Memorial Day 2020 is Stand Together. It explores how genocidal regimes throughout history have deliberately fractured societies by marginalising certain groups, and how these tactics can be challenged by individuals standing together with their neighbours and speaking out against oppression.

Find out more about Holocaust Memorial Day at www.hmd.org.uk