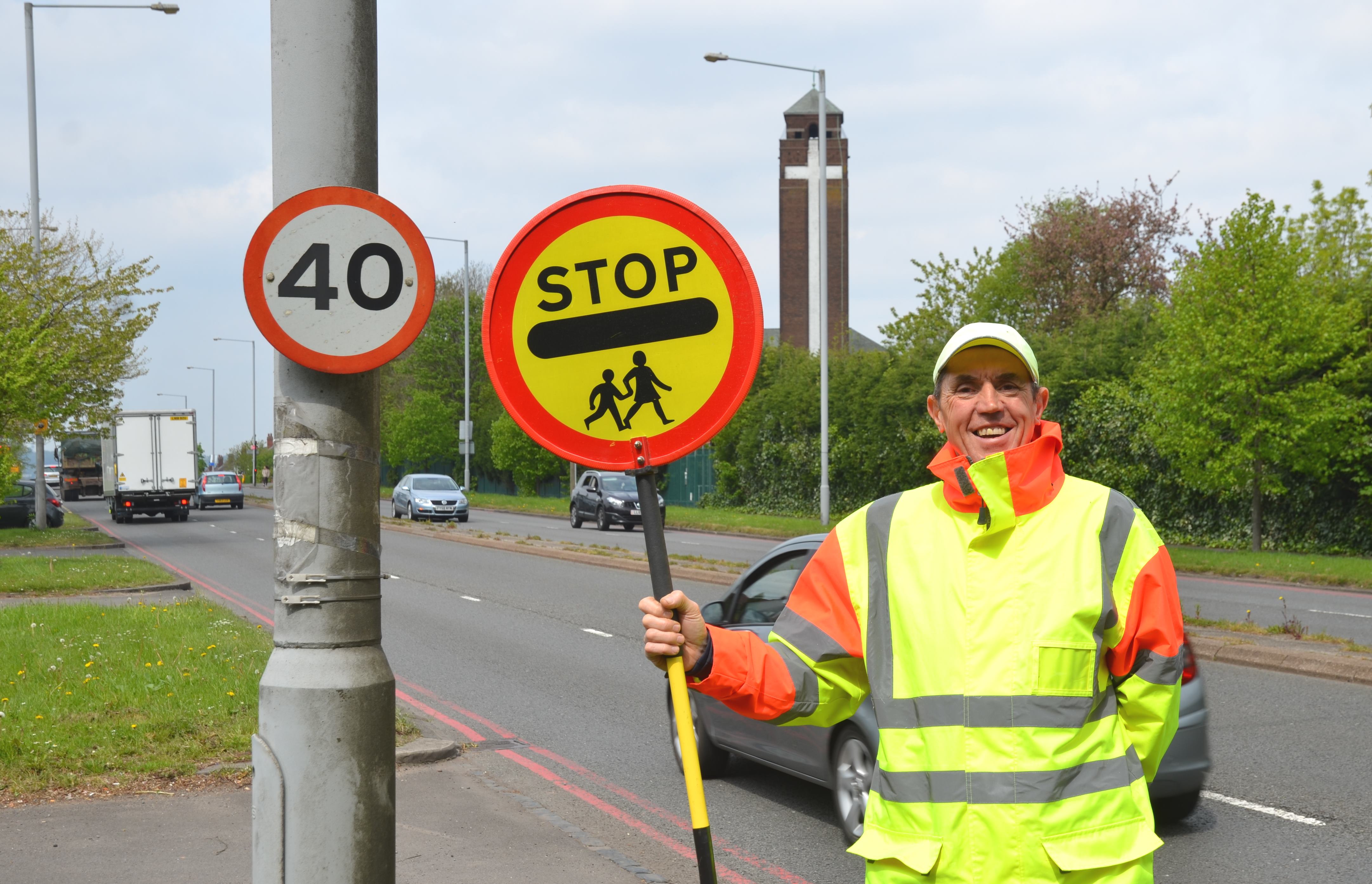 An Oldbury man who almost died after being knocked over on the Wolverhampton Road as a child is helping keep pedestrians safe – as a lollipop man.

Pete Burling, who was hit by a car on the A4123 53 years ago when he was 11 years old, crosses schoolchildren and adults over the road near The Wernley pub every weekday morning, lunchtime and afternoon – just yards from the spot where he was hit.

After the accident in 1966, doctors didn’t expect him to survive. The force of the impact sent Pete flying through the air. He broke both legs and was in a coma for weeks, missing his 12th birthday.

As he recovered, he was visited in hospital by West Bromwich Albion players including Graham Lovett, Ray Fairfax and  Richard Sheppard (pictured) who presented him with World Cup memorabilia at his bedside – just months before the England team went on to win the tournament.

Now aged 65, Pete has worked as a crossing patrol warden for Sandwell Council for the past eight years after previously working for the repairs service as a plumber.

He said: “Once I’d retired as a plumber it allowed me the time to give something back to the local community.

“Come rain or shine it’s a joy to see the children and to make sure along with their parents they are safe when crossing such a busy road, as I know only too well how dangerous it can be.

“It’s also good to hear of the casualty reductions Sandwell is achieving across the borough.”

Pete’s son Mathew also works for Sandwell Council as a maintenance engineer in the highways team.

Sandwell Council’s Director of Regeneration and Growth Amy Harhoff said: “Pete’s story is just incredible – to think after being involved in such an awful accident, he’s now keeping our residents and road users safe on the very same road.

“The number of casualties on Sandwell’s roads has halved over the past 15 years. In the same period, we have reduced the number of children injured on our roads by almost two thirds.

“This is thanks to the work we’ve done to improve highway safety and educate pedestrians, particularly children, about staying safe on our roads.

“I want to thank Pete, his son Mat and their colleagues for all they do to keep our roads, drivers and pedestrians safe – they do a great job and we’re very proud of them.”