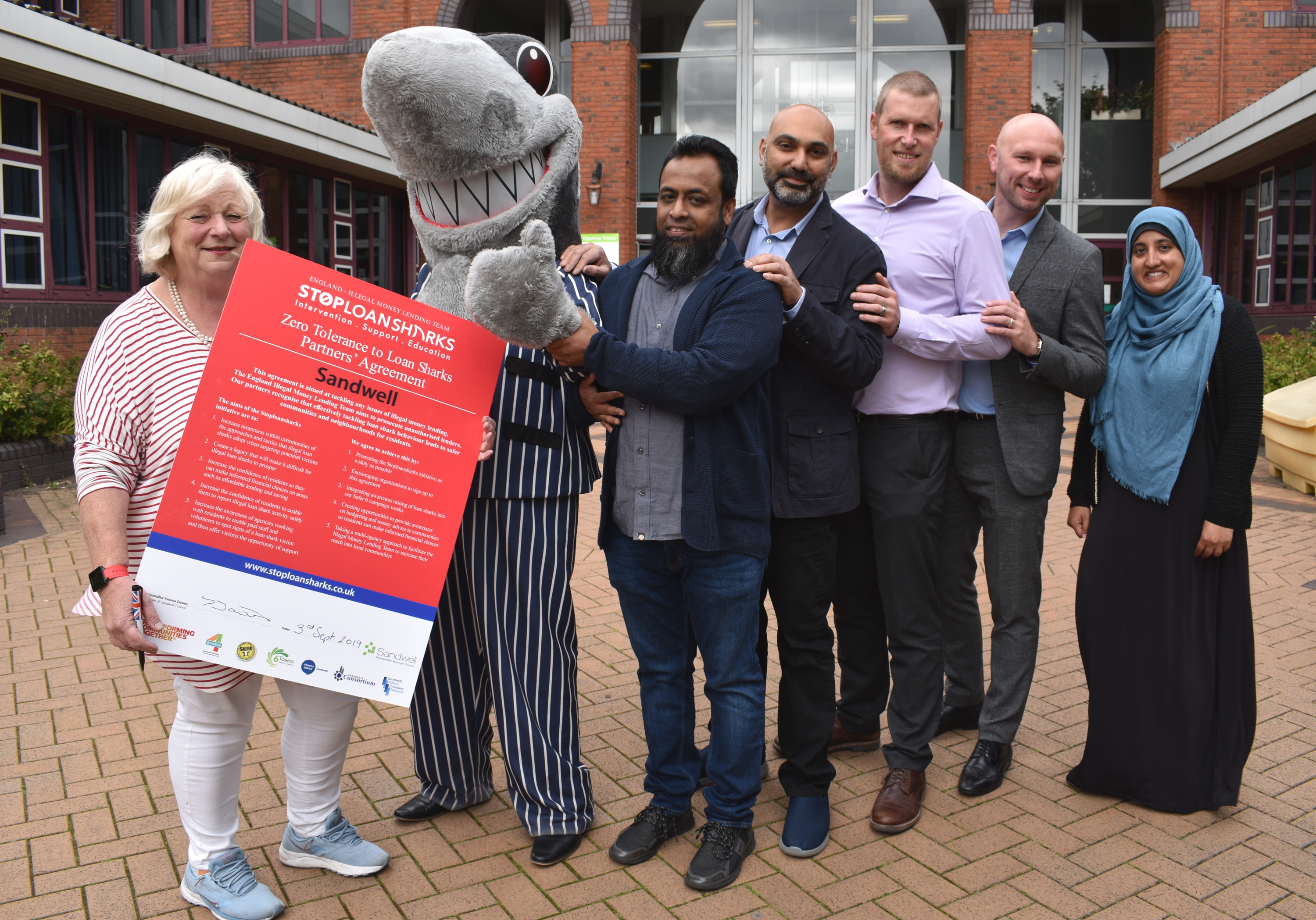 Sandwell Council alongside a number of voluntary sector partners has signed up to the Stop Loan Sharks campaign in bid to protect people from illegal moneylenders who prey on those seeking cash deals.

Council Leader Councillor Yvonne Davies, a keen supporter of the campaign, signed up to a charter which will bring together local efforts to save people from the loan sharks.

Councillor Davies signed up to the campaign today (Tuesday 3 September).

She said: “This campaign is an attempt to help highlight the problems loan sharks bring to people with sky high interest rates and it also gives advice to those who are trapped in these awful deals.

“Anyone who has signed up for deals with huge amounts of interest or who has been forced to hand over bank cards, passports or valuables as so-called security should report it to the England Illegal Money Lending Team.

“Others who have borrowed money but were given no paperwork should also think seriously of contacting the Illegal Money Lending Team.

“These despicable people with their illegal and immoral deals wreak havoc with people’s lives and I am pleased that the council is associated with this very worthwhile effort to reduce the problems.

“I fully support the aims of the campaign which calls for zero tolerance when dealing with illegal money lending.”

Under the scheme, people can report concerns via a helpline 0300 555 2222 to give detailed information on their deal and to highlight the problems they are facing.

Worried people can also report the matter online by sending details to  reportaloanshark@stoploansharks.gov.uk

Tony Quigley, Head of the Illegal Money Lending Team, said: “Loan sharks can initially appear friendly but their behaviour can quickly change, with some resorting to threats, violence and intimidation to enforce their debts. We would encourage any resident with information on loan shark activity to report it via the confidential hotline or website.”

Under the agreement, partner organisations in Sandwell will work to increase the awareness of illegal schemes and increase the confidence of residents to enable them to report their fears. They will also provide advice on budgeting to help residents make more informed choices

The council will encourage organisations to sign up to the campaign.

The council’s partners, including 6Towns Credit Union, Citizens Advice Sandwell, Sandwell Consortium, Transforming Communities Together and the Sandwell Advice Providers Network, have all signed up to the charter.